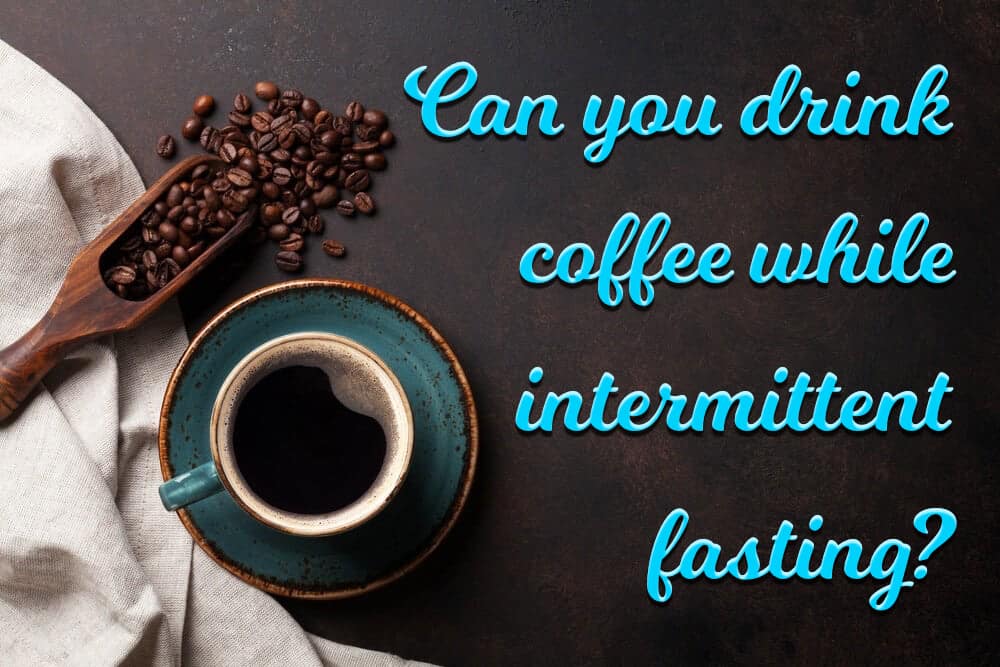 Intermittent fasting and coffee can seemingly go together like peas and carrots but will drinking it end up breaking your fast?

If you’re intermittent fasting with the 16/8 schedule then there’s a good chance you’re already drinking water while fasting.

But you may have already found out breaking the coffee habit can be hard to do.

And once you add on caffeine withdrawals from not drinking coffee then you’re creating a deadly combination of grumpiness.

Now there’s a lot of conflicting and confusing information on the Internet when it comes to intermittent fasting and coffee but here you’ll discover the definitive scientific research-based answer so you can maximize your results with fasting.

Benefits of Intermittent Fasting and Coffee 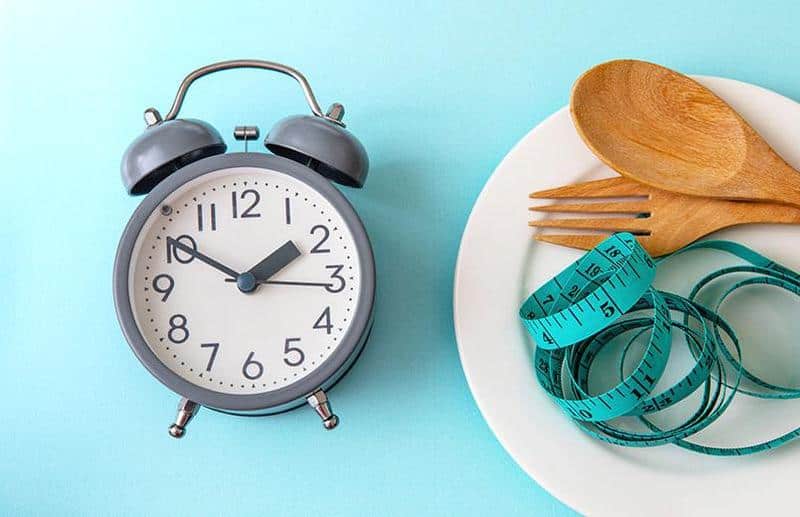 If you’re looking to better improve your insulin sensitivity and blood sugar control then intermittent fasting might be right up your alley. Studies have found a decrease in insulin resistance and improvement in type II diabetes in those who are using intermittent fasting (2,3).

Intermittent fasting is also going to reduce inflammation in your body. Lowering inflammation your body will not only help to decrease long-term serious health problems such as heart disease but will also improve your physical appearance (5,6).

Last but not least intermittent fasting increases autophagy in your body (7). This is the destruction of cancerous cells. Your body does this as a way to clean out all the old dangerous cells and make way for new cells (8). 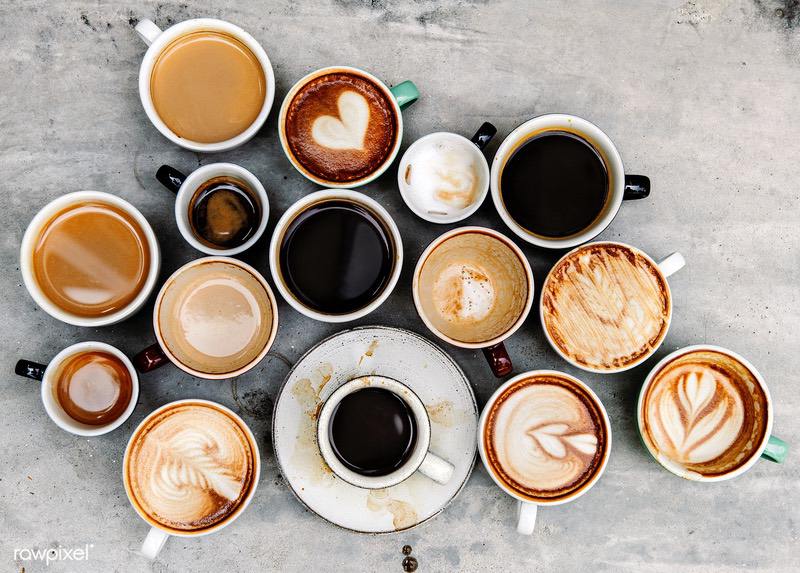 Coffee was also once thought to be very bad for you and I remember as a kid it was right up there with smoking cigarettes and drinking alcohol.

A Swedish king in the 18th century also set out to prove caffeine from coffee and tea was bad for you. He had to identical twins experiment by drinking three pots of coffee and the other drinking tea. Both subjects in the study ended up outliving the physicians and the king (9).

Coffee has also been found to improve fat burning. It’s considered thermogenic meaning it will increase your metabolism (10). Think of your metabolism as how many calories and fat your body burns throughout the day. As far as your weight goes the higher your metabolism the better!

Your metabolic health will also get a boost as studies have found no evidence of heart disease that comes with drinking coffee (11).

Studies also found an improvement in insulin sensitivity and a decrease in type II diabetes with those who drink coffee (12,13).

Last but not least coffee also increases autophagy in the body. It does so by inhibiting the mTOR pathway which in the end will thus increase autophagy too (14,15).

Can You Drink Coffee While Intermittent Fasting? 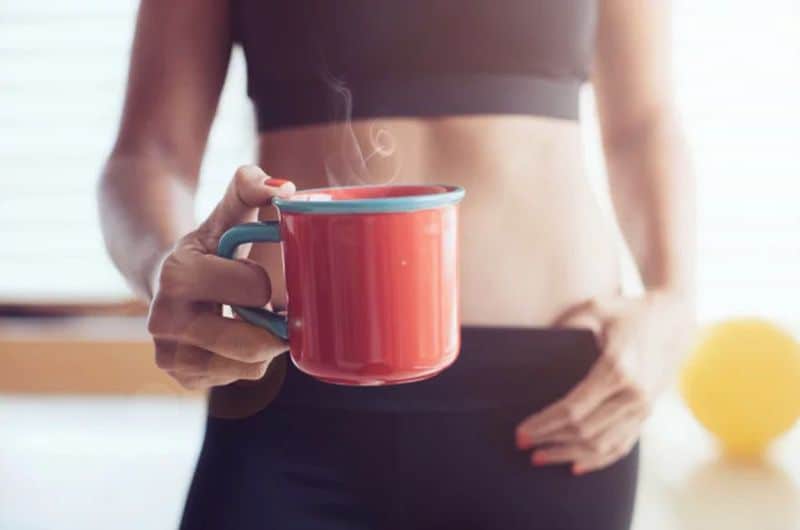 Yes, you definitely can drink coffee with intermittent fasting as it shouldn’t derail your fast if you’re doing it right.

Coffee shouldn’t cause an insulin response in your body and contains a very small amount of calories. Both of which shouldn’t break your fast.

Since coffee is considered thermogenic it should help to increase how much fat loss you’ll get from intermittent fasting.

But you might not get the same amount of health benefits from drinking coffee as you would from doing complete water fast. This is because your body will have to do a small amount of digestion to process the coffee. And it will not give your gut the complete break it would get during a water fast. But even so, it’s still better to have some coffee with your fast than eating a bowl of cereal in the morning.

Your body will also cause a release in cortisol from drinking coffee which can place a little bit of stress on your adrenals. Your adrenal glands will release cortisol from drinking coffee but this isn’t necessarily a bad thing. Studies have found coffee to reduce the release of cortisol in the long run (17). Cortisol in small amounts has some benefits to the body such as blood sugar control, lower inflammation and metabolism improvements.

The brand of coffee or espresso you’re drinking won’t end up making a huge difference. But it’s always best to stay away from cheap coffee brands out there as they contain trace amounts of metals (18). 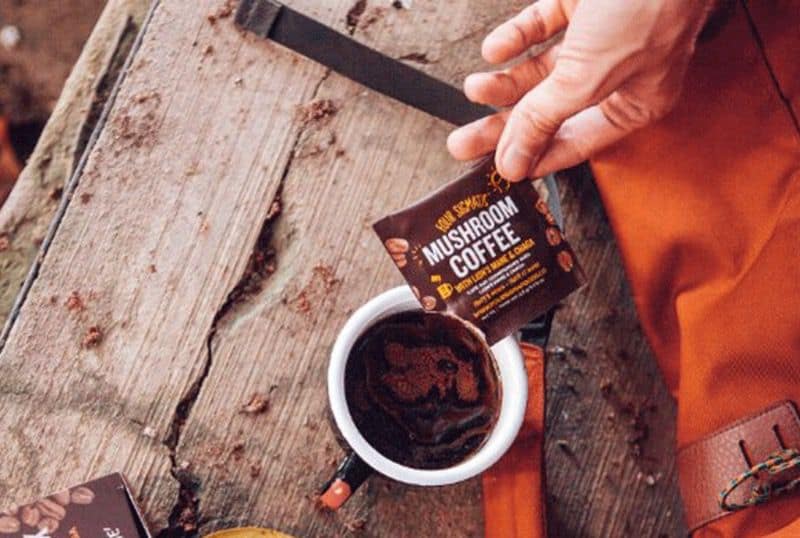 My favorite coffee is Four Sigmatic mushroom coffee. Mushrooms have been found to increase brain health so you can think with better clarity and less brain fog (19).

Drinking coffee while fasting can also work as an appetite suppressant (20). Getting through a fast can be tough for most of us because of the hunger pains and starvation that can come with it. But drinking a little bit a coffee can go a long way to lowering your hunger levels so you continue and complete your fast.

But you have to be careful with adding sugar, creamers, and milk to your coffee. It’s probably fine if you just add a splash of heavy cream to your coffee if you need it. But once you start adding in sugar and other ingredients that contain calories then you’ll most likely break your fast.

And yes drinking a Venti sized Frappuccino from Starbucks will definitely break your fast! Instead use my preferred choice for the best coffee creamer of intermittent fasting.

Some skeptics of drinking black coffee and intermittent fasting believe differently. They claim the coffee you’re drinking will end up being metabolized in your liver and thus break your fast. This is because coffee contains caffeine and for the caffeine to be delivered to your body needs to go through metabolic processes.

In my opinion, if drinking coffee gets you through your fast then you’ll still receive the vast majority of the benefits that come with fasting (if not more). 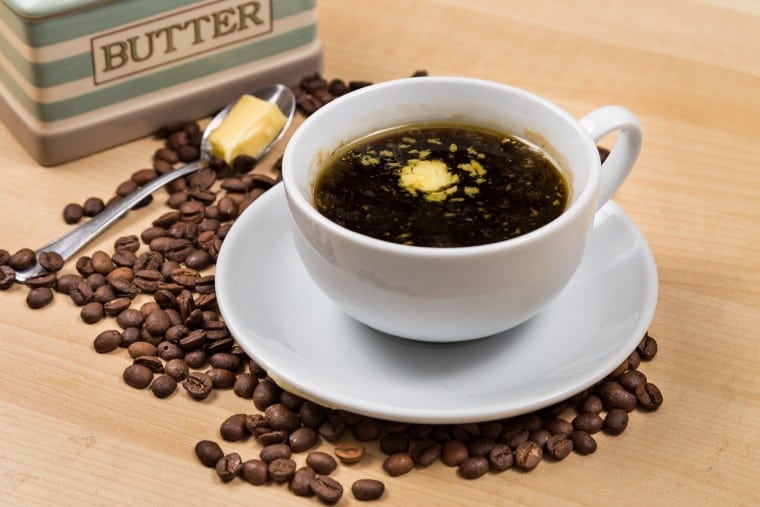 One of the biggest questions I get is, “Can you drink bulletproof coffee while intermittent fasting?”

Now drinking Bulletproof coffee contains over 450 calories and thus will end up breaking your fast. But there is a caveat here.

Since Bulletproof coffee contains pure fat in the form of MCT Oil and grass-fed butter it shouldn’t cause an insulin or blood sugar response in your body.

Since there is neither an insulin or blood sugar response then you should still get some of the benefits of intermittent fasting. To be honest it’ll be much better than breaking your fast by eating cereal or a burrito. 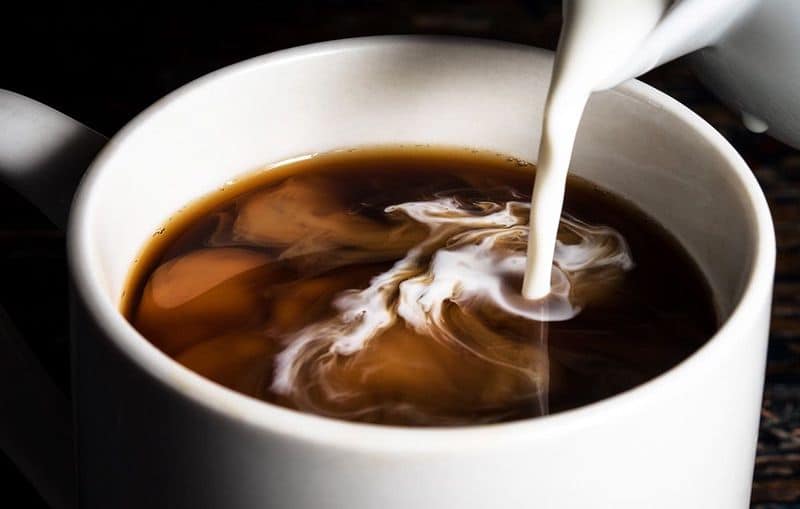 I know drinking plain black coffee can be hard for a lot of people because of its bitterness and lack of flavor. But the good news is you should be fine with adding a small amount of coffee creamer to your black coffee while fasting.

As long as it’s under 50 cal then you should be in the clear with a little bit a coffee creamer such as heavy cream. Just be careful ordering half-and-half because it does contain some sugar from the milk. Heavy cream is a better choice as long as you keep it to just a small or regular size splash.

I would make sure you’re avoiding creamers that are sweetened with sugar. The sugar will spike your blood sugar and insulin and thus break your fast. Make sure you check the nutrition label to ensure there are is no sugar in your coffee creamer.

Can I drink coffee with stevia while fasting?

Yes if you need your black coffee to be sweetened up a little bit then using stevia is a good choice. Stevia is safe to have while fasting and is a much healthier option than artificial sweeteners such as sucralose.

What can I drink while fasting?

While fasting you should only be consuming liquid beverages that contain a very small amount of trace calories are no calories at all. This includes the best greens supplement, coffee, unsweetened green tea, zero-calorie sparkling waters, and lemon water. Just be careful with branched-chain amino acids (BCAAs) as they do cause an insulin response in your body and many experts say this will end up breaking your fast. But some experts claim if using BCAAs while exercising during your fast then it will be quickly metabolized and used for recovery process instead.

Now just because there are numerous benefits with drink and coffee it doesn’t mean that you have to start drinking if you don’t want to. You can also drink green tea with intermittent fasting or other weight loss teas as well. Or if you don’t want to drink tea you’ll be fine doing a water fast instead. Just make sure you’re drinking lots of water with your intermittent fasting as you’ll want to stay well hydrated.

Be careful with drinking coffee later in the day or even in the afternoon as it could disrupt your sleeping patterns. Studies have found those not getting quality sleep ended up having less self-control the next day (23). And if you have less self-control then you’re less likely to stick with your intermittent fasting schedule.

And if you’re skeptical of drinking black coffee with intermittent fasting then you should first look at the results you’re getting. If you’re getting great results with it then keep doing it and it doesn’t mean you have to stop.

If you try doing a water-only fast but find it impossible to get through it then drinking coffee is going to go help. You’ll still get the vast majority of benefits than not fasting at all.

Long story short if you have to choose between intermittent fasting with or without coffee then choose the one that’s best for you and not what some of the nitty-gritty research can say. 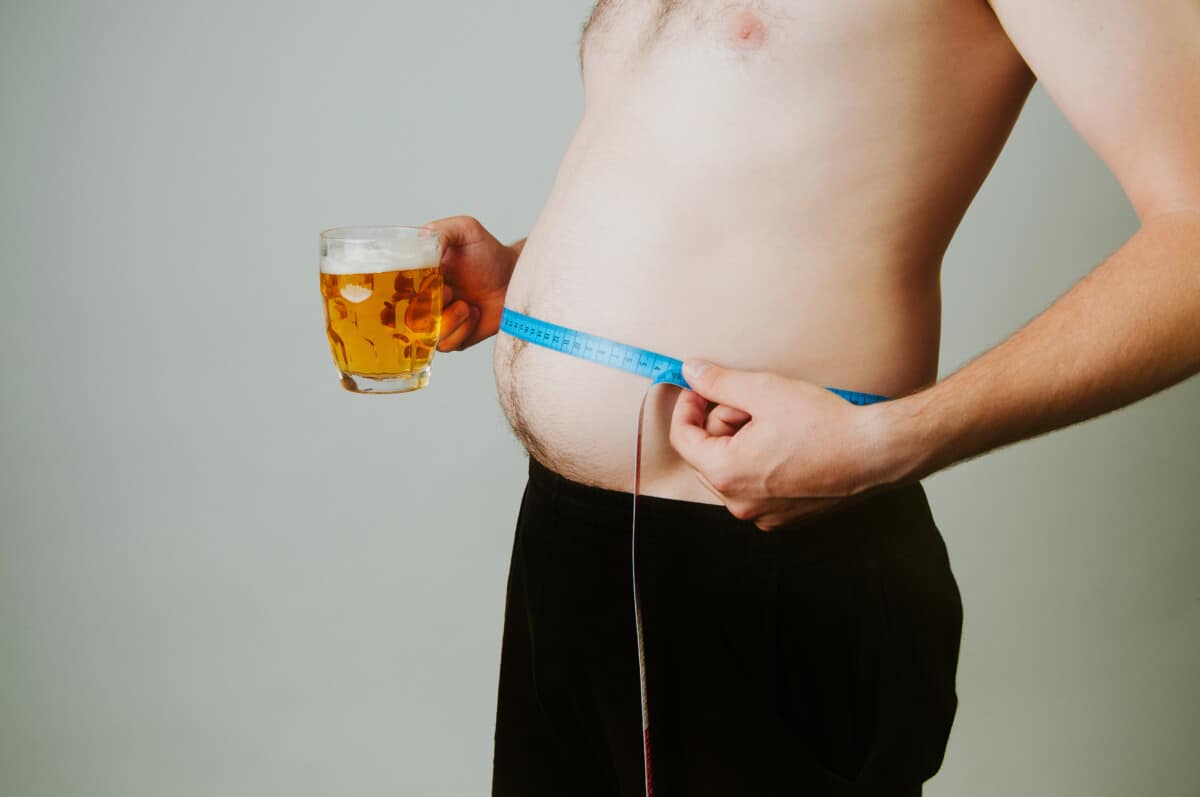 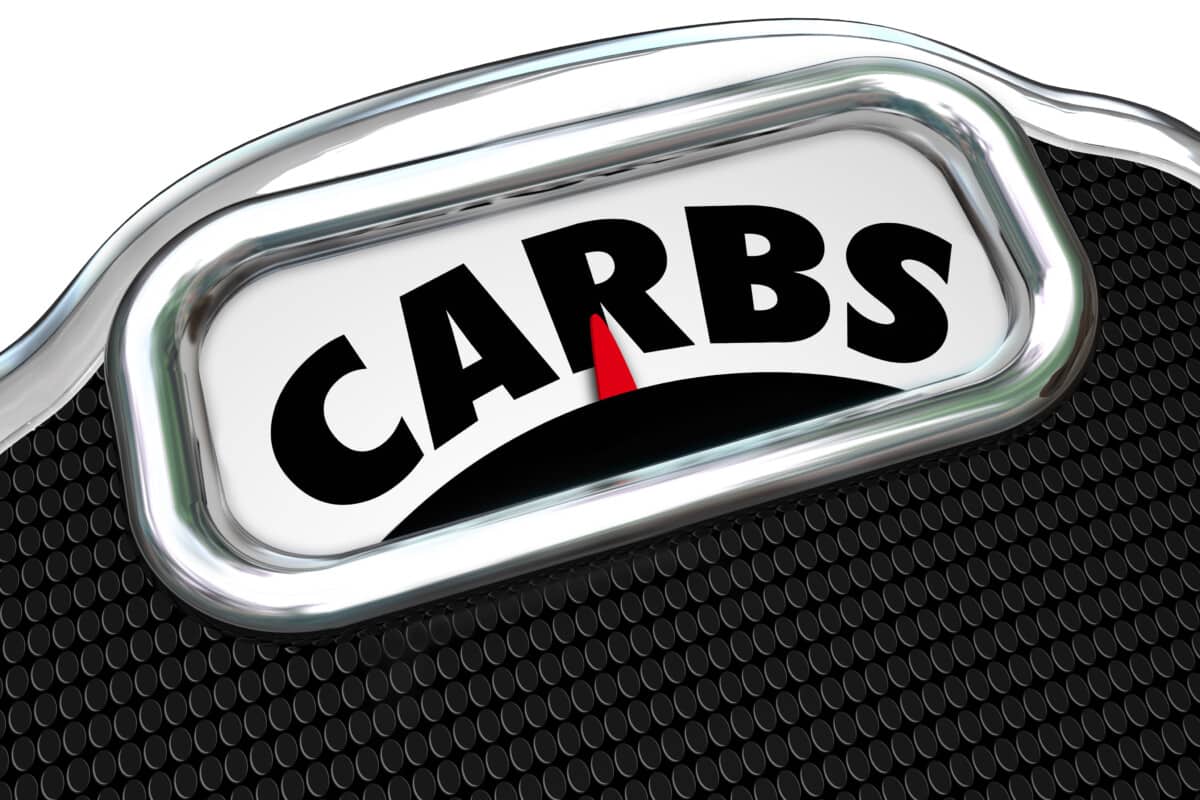 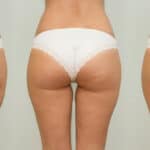 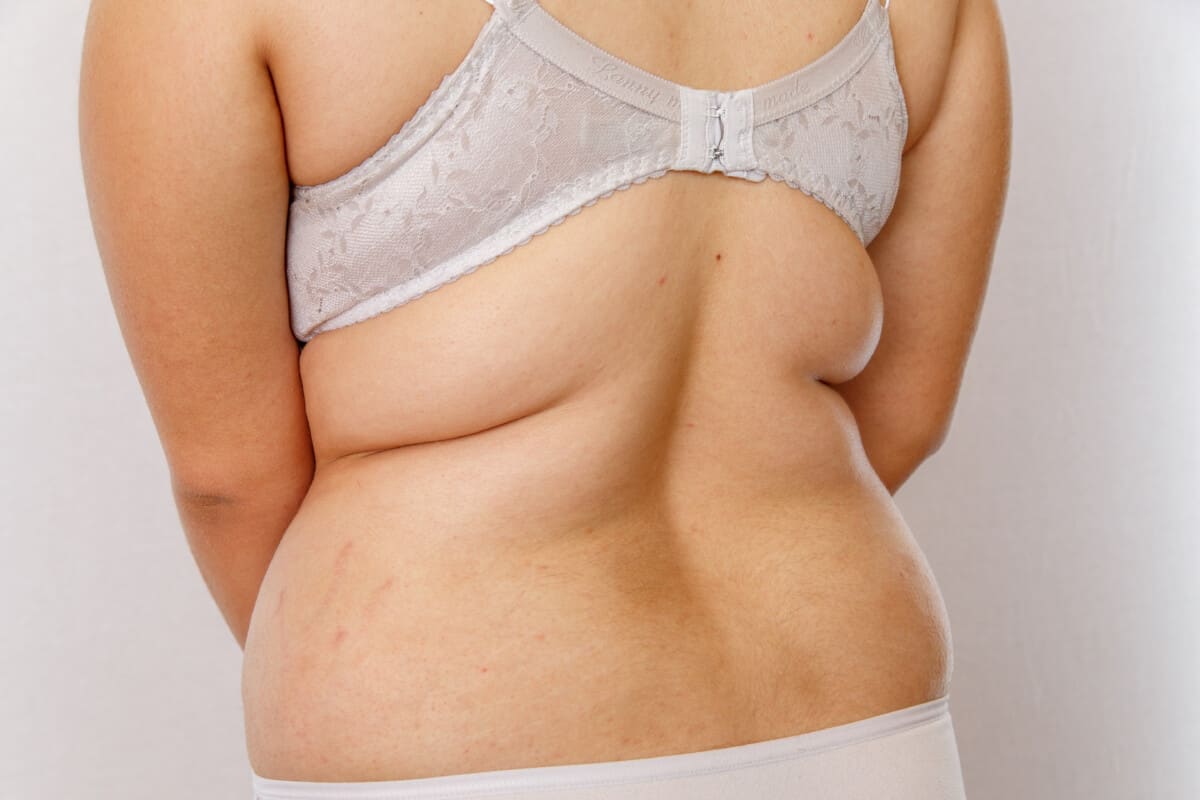