Undoubtedly, there’s something special that separates those who achieve greatness from those who are merely average. Some think they’re just born that way, but they live by a set of principles that guides them towards greatness each and every day.

Most people who are fat don’t want to be fat. They say the “should” lose some weight, but it rarely ever becomes a priority for them. So they end up gaining more and more weight over the years until they simply give up trying. Then there are the others who are fat, and try just about everything but nothing ever seems to work. They lose motivation in a matter of weeks and they’re right back to were they started without much hope in sight.

There are inherent reasons why some will always be fat and how a few others are able to push through their sticking points to reach their ultimate goal. Below are my 7 biggest reasons holding them back from transforming their bodies.

1. **Goals Aren’t Enough.** Everybody seems to have a goal but not very many people seem to be accomplishing them. Most of them of are quite noble but they’re usually lacking in clarity and a hard deadline. Instead of saying you want to get in shape it’ll be much more advantageous for you to state you MUST lose 10 pounds of fat in the next 30 days. Visualize yourself with the body you want and I’d recommend to go so far as to put it as the wallpaper on your phone to remind you all the time to what you’re going to achieve. And most importantly you need to know your “why” to motivate you to keep pushing through the hard times. If I made up a rule that said you had to drop 10 pounds of fat in 30 days or else I’m going to put a picture of you in your underwear up on a billboard then that’s going to be a very strong “why.” Whatever your “why” is just make sure it’s very important to you as it’ll be the coach in your corner encouraging you to go out swinging even if you’re getting your butt kicked.

2. **You’re Too Lazy.** Sleep isn’t the cousin of death, laziness is. The reason people are so lazy isn’t because they’re tired, well sometimes, but most of the time it’s because they associate too much pain with hard work. The last gym class they went to kicked their butts so now the mere thought of going through all that pain again has them sitting on the couch watching TV instead. Same goes for dieting. We associate more pleasure to eating the junky bad foods than we do the healthy ones. Just about everything we do in life comes down to pleasure and pain. Try focusing on how fat you’re going to be if you don’t get your lazy butt up off the couch, and how that donut bacon cheeseburger is going to add another roll to your muffin top. As a member of the human species we don’t think in the long term. We want short term gratification right now, but thinking long term is much more efficient. Instead of slamming that box of Oreos consider how it’s going to make you feel afterwards as well as how much cardio you’d have to do just to burn that off.

3. **Lack of Systemization.** The reason McDonald’s became so successful is because the business was systemized to the point they could pull any kid off the streets and they’d quickly be able to train him to make the exact same cheeseburger and fries as somebody who had been there for a years. If you go to any Starbucks the process is all the same, and you go expecting your drink to made the same from any other Starbucks you order from. This is called systemization, and it’s a vital tool to have to keep you on track for the long haul.

An example would be to eat the same fat burning meals every day at the same time. Prepare all the meals the day before and have an alarm on your phone go off when you should be eating each one. Some say the best time to workout is any time you can. And this is true only if you can motivate yourself to do it at any time. But most of us can’t do that. Instead, have a set time you go workout such as 5:30pm after work on Monday, Wednesday and Fridays you go straight to the gym. Then you have a 30 second timer on your watch set to go after you complete a set so you don’t rest too long in between sets. Another example would be to set an alarm on your phone to go off 8 hours before you have to get up the next morning reminding you to go to bed. Systemization is essentially an effective way to develop healthy habits that doesn’t rely heavily on motivation to get them done.

4. **You’re A Diet Hopper.** I’ll admit it’s pretty exciting when you get that rush of excitement and motivation to try the latest and greatest diet your friend told you about. Unfortunately, once that excitement wears off after a short while you’ll quickly abandon the diet until the next latest and greatest one comes along. Same goes for workout trends. We all know people who jump from Marathon training to CrossFit to Bodybuilding, etc. but the ones who are successful find what works for them and they stick with it. Small changes are important to keep things fresh, but for the most part you shouldn’t be hopping all over the place. If you chase two rabbits then you’ll catch none. Keep your eyes on the prize and not on the next shiny object. 5. **You Live In A Negative Mindset.** Our brains evolved to live in a fear-based mindset because frankly it kept us alive. As long as we didn’t venture off too far from the herd, and as long as we didn’t stick our heads too far above the crowd it increased the odds of us living to see tomorrow. Unfortunately, our minds are still largely wired to live in a fear-based mindset that has us thinking negatively all the time about situations, ourselves and life in general. Underneath all that fear is a ton of potential just waiting to come out and show itself.

Zig Ziglar once said something along the lines of motivation not lasting but neither does bathing, and they should both be done daily. I’m always trying to avoid negative images from talk radio to the news to the Negative Nancy always glooming around the gym. Most will run away from their fears when we should be going towards them. It takes courage to fight for what you really want and to stop fearing how badly things could turn out. Once we push through our fears you realize they weren’t even that bad. I highly recommend watching the documentary Finding Joe ASAP to grind this into your mind. I don’t wake up in the positive mood all the time, but I do put the effort in to take control over my mind instead letting it run my life into the ground.

6. **You Hang With Slackers.** You can’t soar with the eagles if you’re on the ground quacking with ducks. About 6 years ago or so my mentor said that you’re the sum of the 5 closest people you know, and it’s 100% true. Hanging around negative people who aren’t doing anything with their lives is subconsciously going to tell you that it’s ok being average, and worst of all you actually find comfort in it. After I heard that I really took it to heart. I really put an effort into not hanging around negative people who prefer to get drunk all the time than work hard towards their goals. If your friends all like eating pizza and drinking beer then you’re going to be eating pizza and drinking beer. But if you start associating yourself with people who eat train hard and eat clean then it’ll push you in that direction. You have to follow the great if you want to be greater. 7. **Excuses Excuses Excuses.** I’ve heard every excuse somebody could possibly think of to get out of something. Maybe they tweaked their ankle so they take a week or two off from working out. Even when I hurt my back so bad I couldn’t bend down to pick something up off the floor I still went to the gym and did what I could. Excuses are for those living with a victim mentality. It’s a hell of a lot easier to make an excuse as to why you can’t do something then actually doing it. Having high standards and mental toughness are both necessary to squash any excuse that could pop up in your head. There will always be something wanting to hold you back, but it’s up to you to put all that B.S. aside. Everything bad that has happened in your past is now behind you, and it’s time to move forward. Excuses are for the weak. 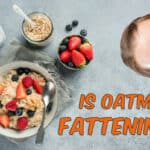 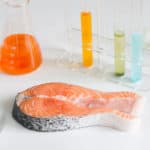 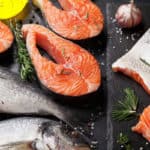 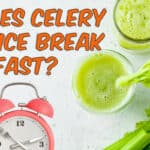 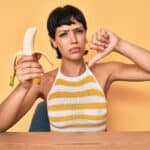 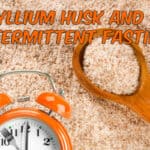 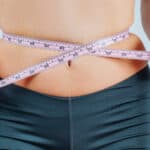 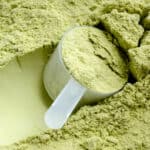 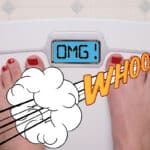